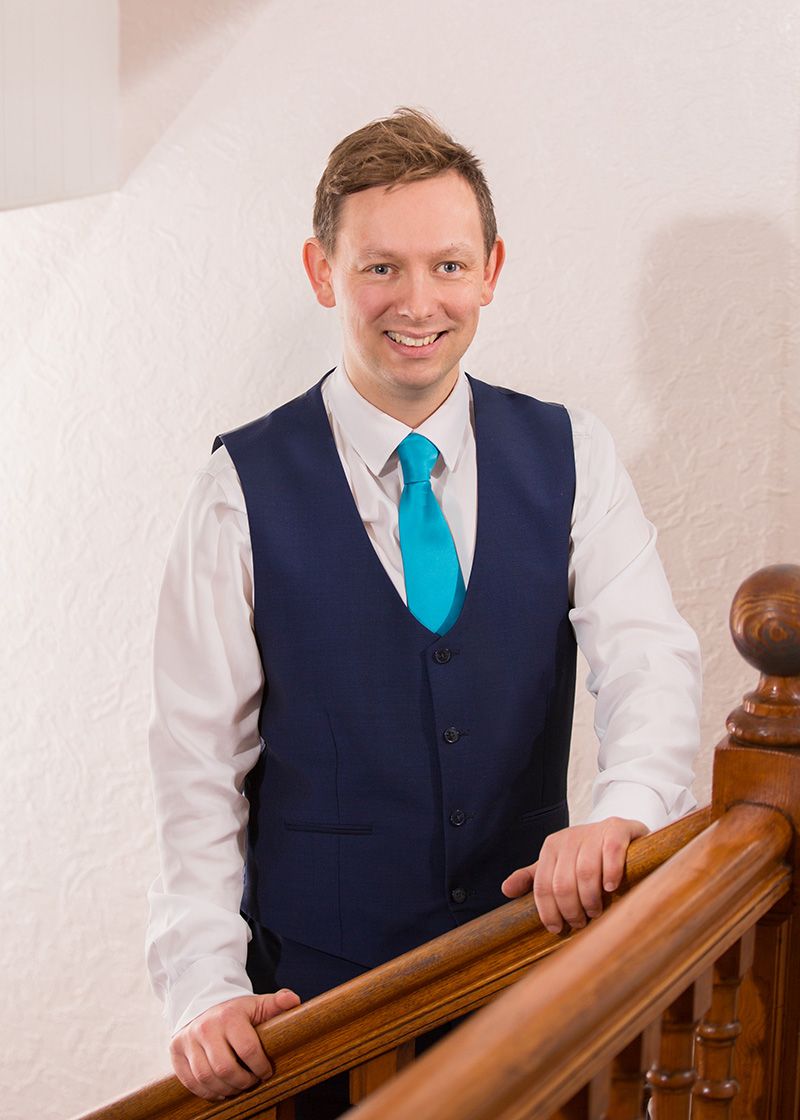 Raised in Ross-shire, John attended Garve and Dingwall primary schools as well as Dingwall Academy. He studied law at Dundee University for five years, completing his degree in Law with French as well as the Diploma in Legal Practice.

John began working at the firm as a summer student in 2004 and returned to the Highlands to begin his traineeship here in 2007. He became a partner at the firm in 2012 and took over ownership of the business in November 2019.

John deals in the preparation of Wills and the administration of Executry Estates. He also deals with Powers of Attorney and Guardianships, on top of running the business alongside the Business Manager.

A keen Ross County fan, John wrote a weekly fan’s view column in the Press & Journal for seven years and has provided football commentary for many other multimedia outlets. He is a trustee of the Puffin Hydrotherapy Pool and a member of the Dingwall Rotary Club. Otherwise, John spends his spare time in the gym and attending exercise classes. 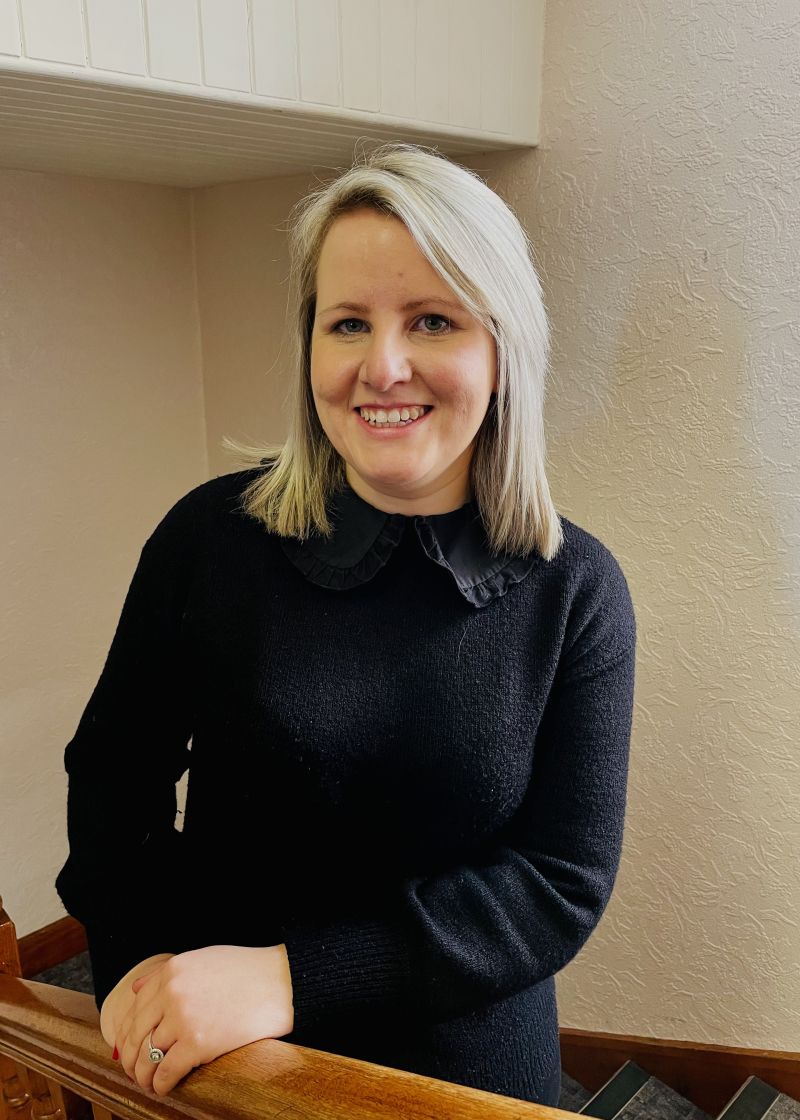 Steph was born in Inverness and raised in Sutherland, attending Dornoch Academy. She moved to Glasgow in 2008 to begin a career with TSB Bank.

Steph moved back to Ross-shire in 2012 to get married and start a family whilst continuing her career with the bank as an account manager, before joining Middleton Ross in 2021.

Steph loves spending time with her family and friends, especially her two young children Imogen and Max. She is a keen cook and enjoys walking with her Labradoodle. 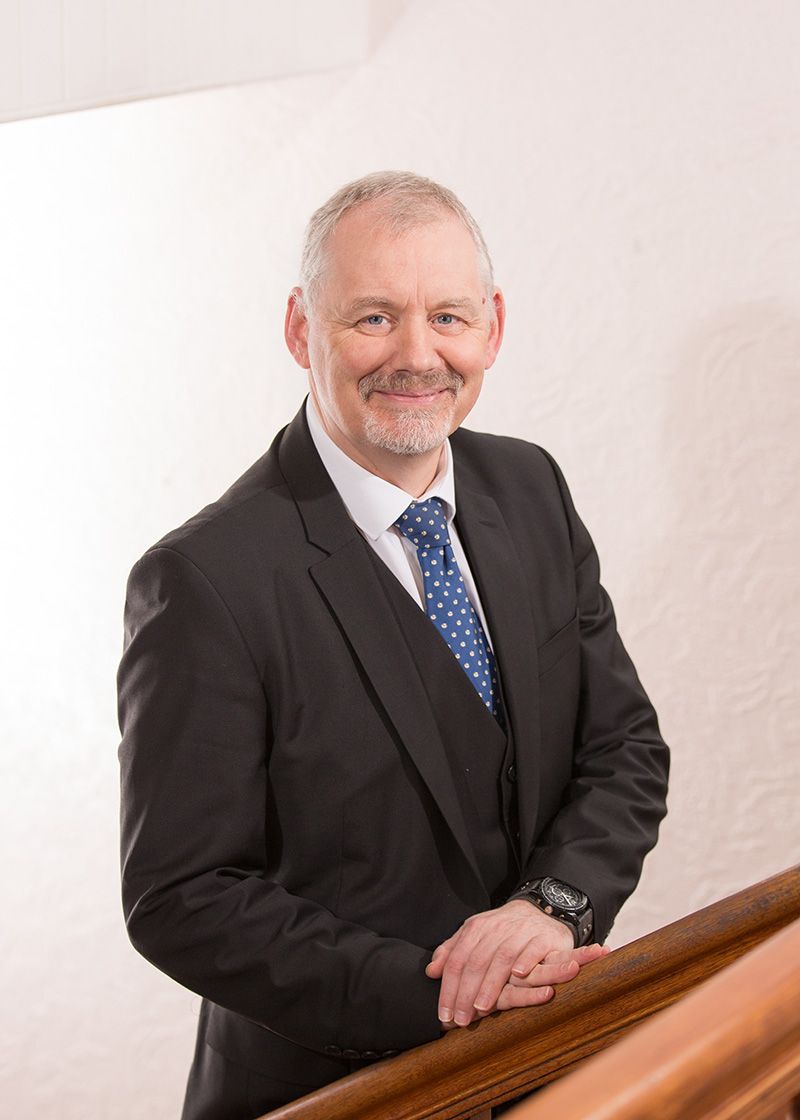 Ian, who is originally from Glasgow, joined the firm from a large city practice in 1998. A graduate of Glasgow and Dundee Universities, he was admitted as a solicitor in 1984. He deals with all forms of property transactions, leasing and securities with particular experience in commercial property deals. 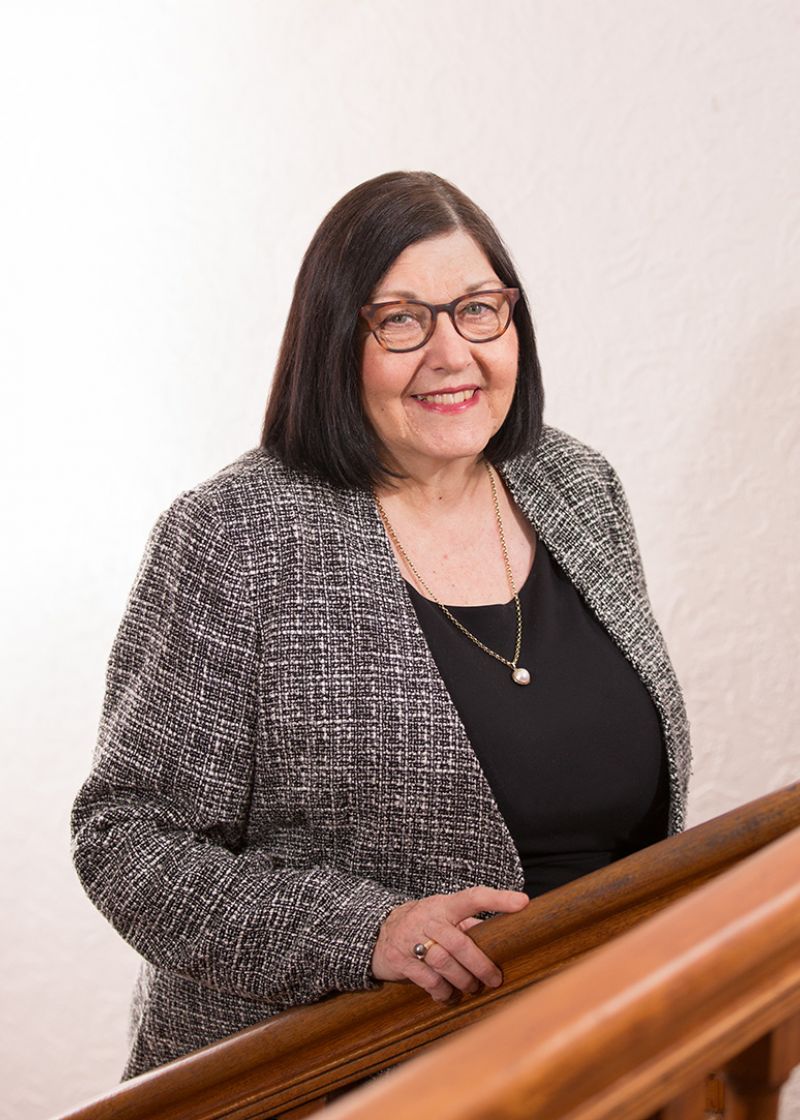 Sheena was born and grew up in Inverness but emigrated to Australia.  She graduated LL.B. from Queensland University of Technology, Brisbane, Australia.  She has worked in both private practice and public sector.  She was admitted to practice as a Barrister in the Supreme Courts of Australian Capital Territory and Queensland, as well as being on the roll as a solicitor in England and Wales (non practising) and as a solicitor in Scotland.

She joined the firm in 2006 after two years in the Procurator Fiscal service. Sheena’s areas of practice are Property Law, Conveyancing, Wills, Powers of Attorney and Guardianships.

Outside work Sheena leads a busy family life and enjoys spending time with her daughter’s two cats (who currently live with Sheena) and her great dane/irish wolfhound cross.  She also enjoys ballet and other forms of live theatre.  She hopes to rekindle her enjoyment of travelling on motor cycles on her husband’s recent purchase of a BMW. 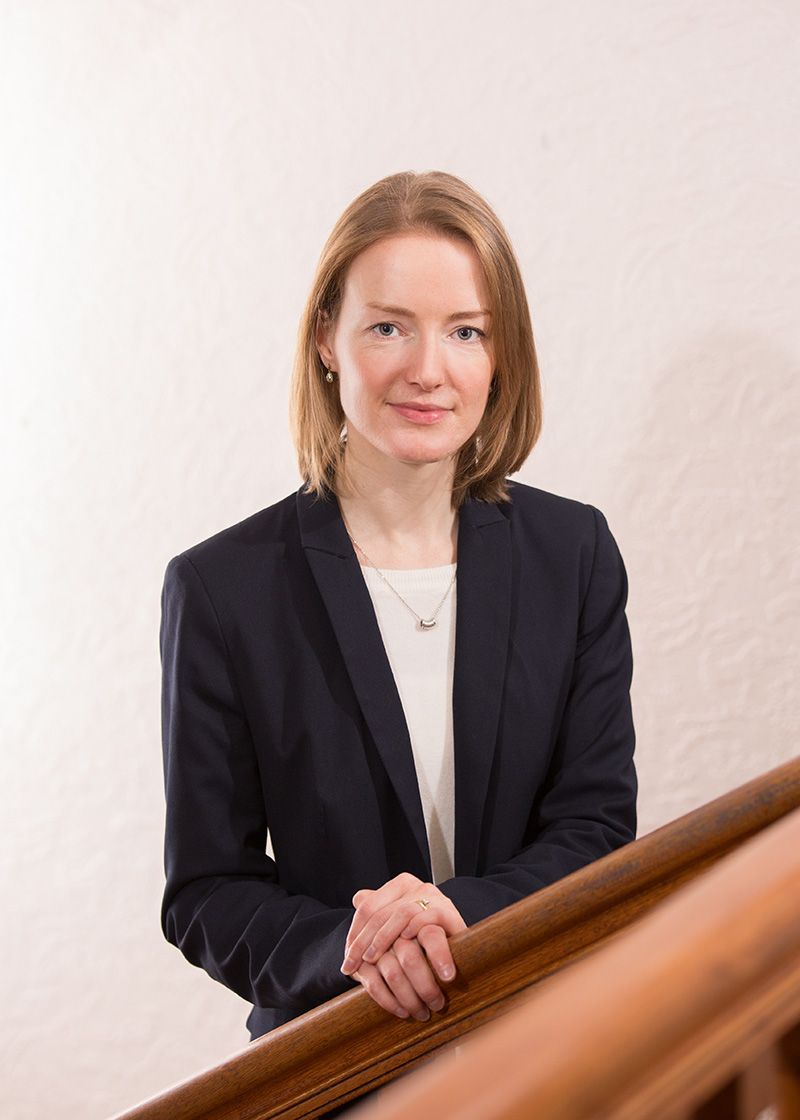 Fiona attended Aberdeen University where she graduated with a First Class Honours degree. She was also an active member of the Amnesty International Society.

Although Fiona joined the firm as an office junior in 2007, she undertook her formal training in Aberdeen before returning as a newly qualified solicitor in 2012. Fiona has experience in conveyancing, executry estates, wills, powers of attorney and guardianships but she takes a particular interest in crofting law. 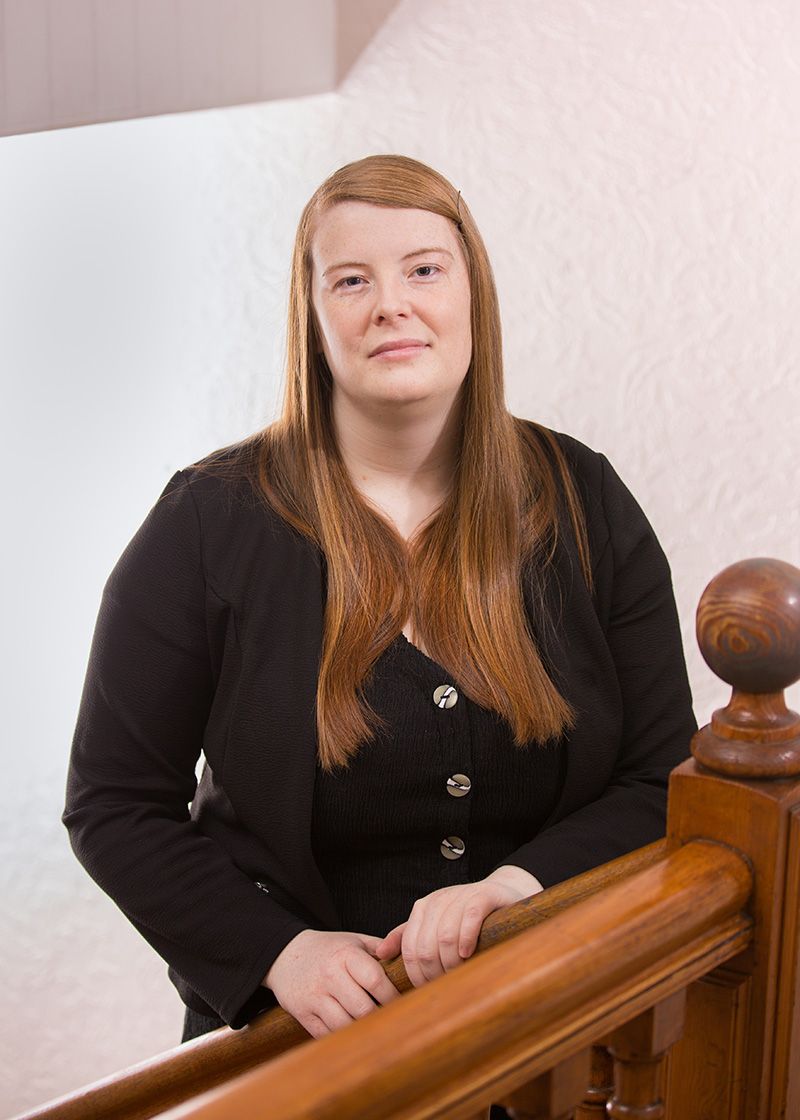 Adelle was born in the Highlands and lived in Lochcarron during her younger years attending the local primary school. She then moved to Dingwall, attending Dingwall Primary and Dingwall Academy.

She studied for her Degree and Diploma in Legal Practice at Strathclyde University, graduating in 2019. After being offered a role at the firm as a trainee solicitor, Adelle was delighted to return to Ross-shire to begin her legal career.

During her traineeship, Adelle is gaining experience in all aspects of the business, aiding the solicitors and also managing her own portfolio of clients.

Adelle is a lover of animals. When not at work she will often be caring for her turtles or taking the family dogs for a walk. The rest of her time is devoted to sport. 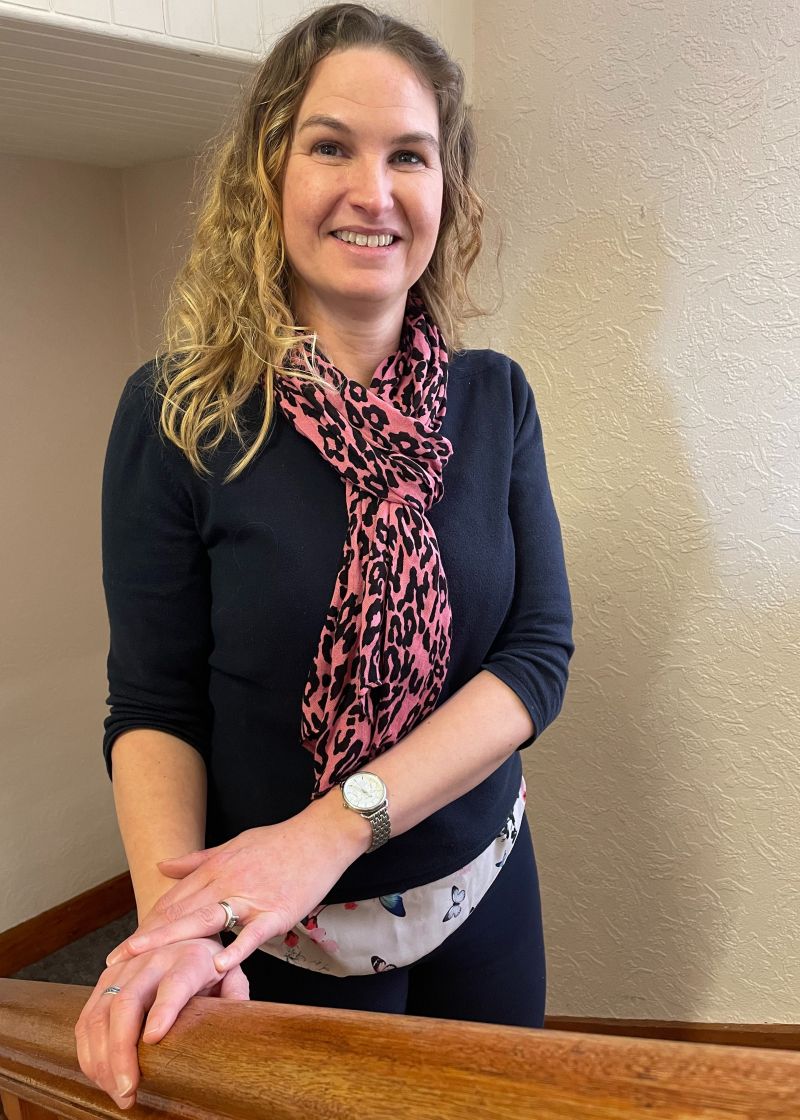 Erika grew up in North Yorkshire and then studied BA Businesss Studies (hons) at UCE in Birmingham graduating in 2000.  After graduating she spent a year travelling around Australia, New Zealand, and Mexico.  She met her husband in Australia who is from Dingwall and later moved to Aberdeen and then the Highlands.  She worked for Global Energy from 2012 until 2020 in finance and then in Training and Development.  In 2016 As the future for oil became uncertain she decided to retrain and pursue a career in Law.  Whilst working part-time she completed an LLB in Law studying part-time through Robert Gordon University in Aberdeen and graduated in 2020.  She went on to complete the Diploma in Professional Legal Practice full time also through Robert Gordon University, graduating in 2021.  Erika began her traineeship with Middleton Ross in November 2021.

Outside of work she enjoys spending time with her husband and two children and dog.  She also enjoys gardening, yoga, and badminton 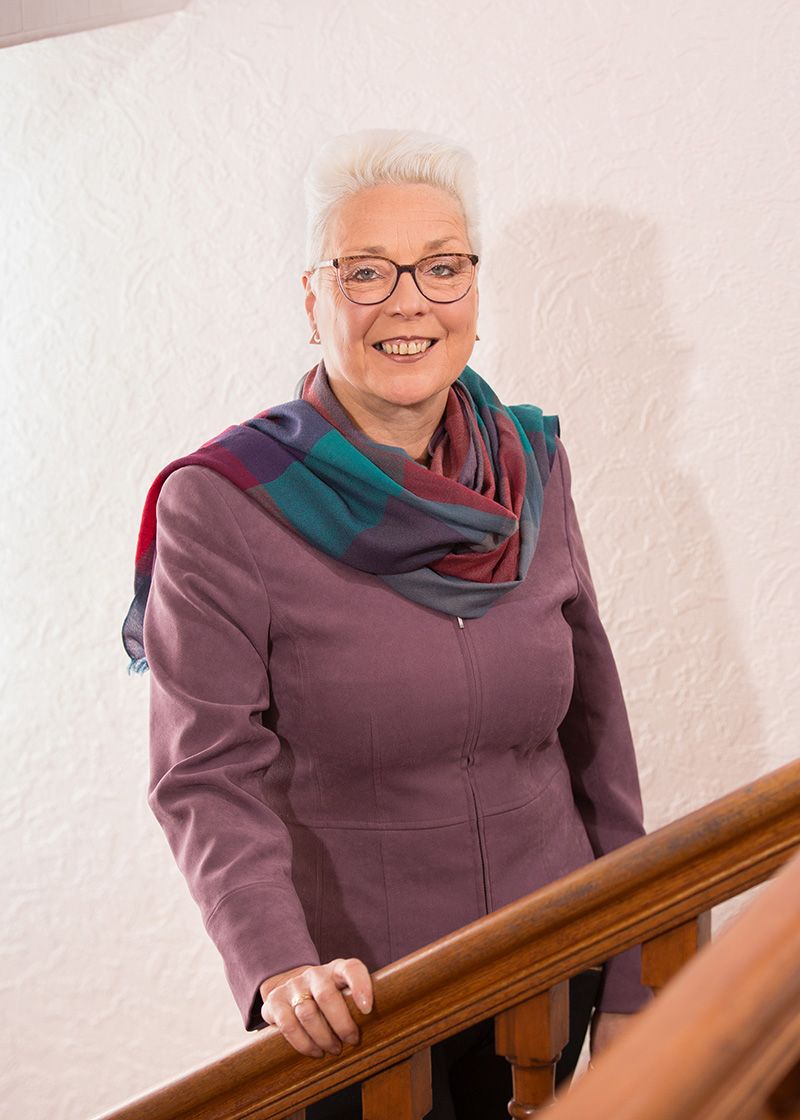 Lisa was born in Perth and raised in London where she attended Primary and Secondary school, later moving to Strathpeffer when she finished her schooling at Dingwall Academy. On leaving school she moved to Edinburgh where she completed her Diploma in Art, Design and Photography.

Lisa has followed a varied career path throughout the UK from Graphic Designer to Pub Manager and Truck Driver, she then ran her own business designing and manufacturing public art installations and carved signs. Lisa joined Middleton Ross in 2010 as Property Manager.

As well as ensuring the smooth running of our Property Department, Lisa guides our clients through every step of their property sale, from getting their premises ready for the market to negotiating the best price on their behalf.

Lisa is still a keen artist and photographer and can regularly be spotted out walking the hills and pathways with camera in hand and her two dogs wandering beside her. She also has a keen interest in music and politics. 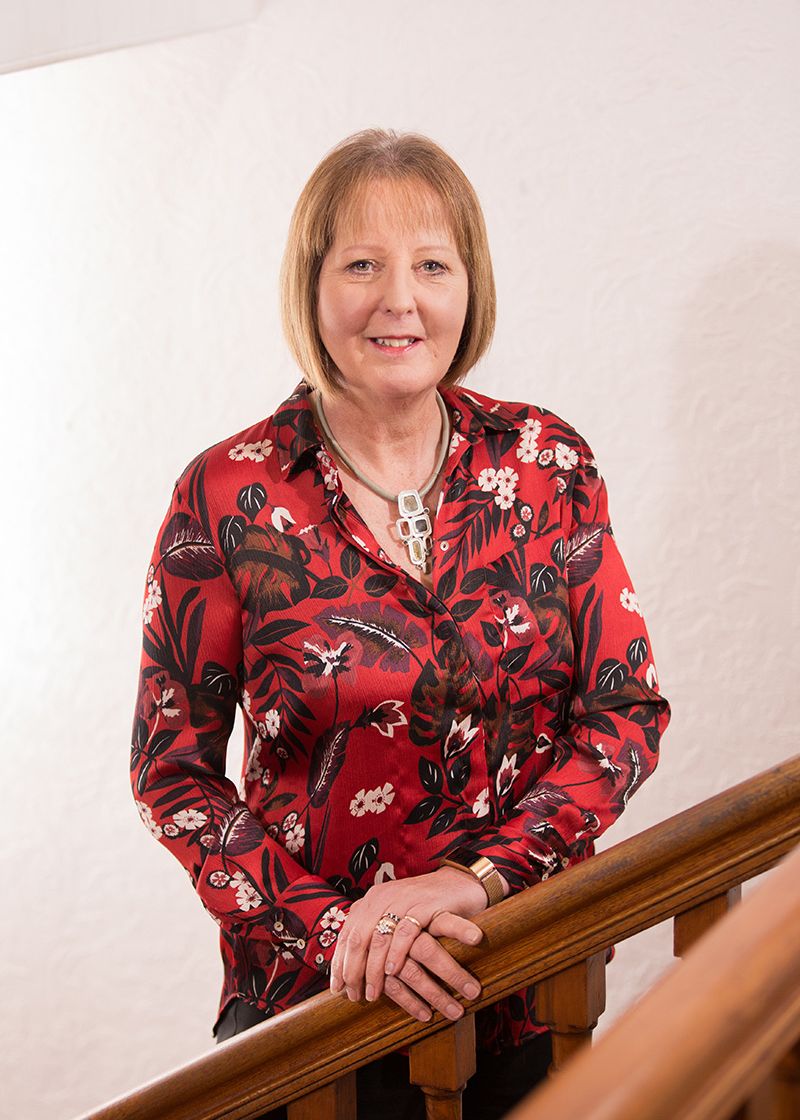 Shirley started at Middleton Ross in 2007 following various roles in finance and admin. She successfully completed the Society of Law Accountants in Scotland exams in 2011 and is a registered Law Accountant. In 2014 she qualified as a Specialist Paralegal in Wills, Trusts & Executries through the University of Strathclyde. Shirley has also gained her Level 2 qualification in British Sign Language.

A keen walker, Shirley spends her spare time with family and friends and her beloved dog Bailey, trekking all over the Highlands. 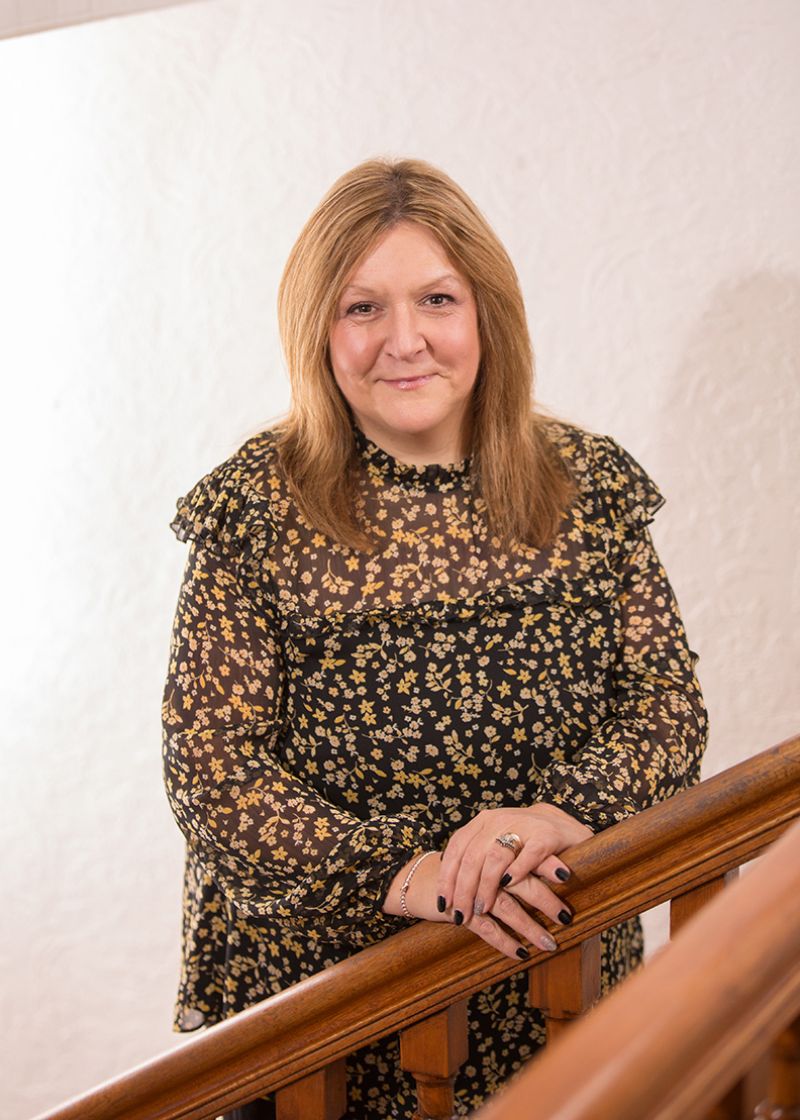 Susan, who has lived in Ross-shire since she was 4 years old attended Coulhill primary school then Alness Academy. She studied at Inverness College.

Susan joined the firm in September 2006 to work on reception and then moved into the Property Department, working alongside the Property Manager in the marketing of our property portfolio. 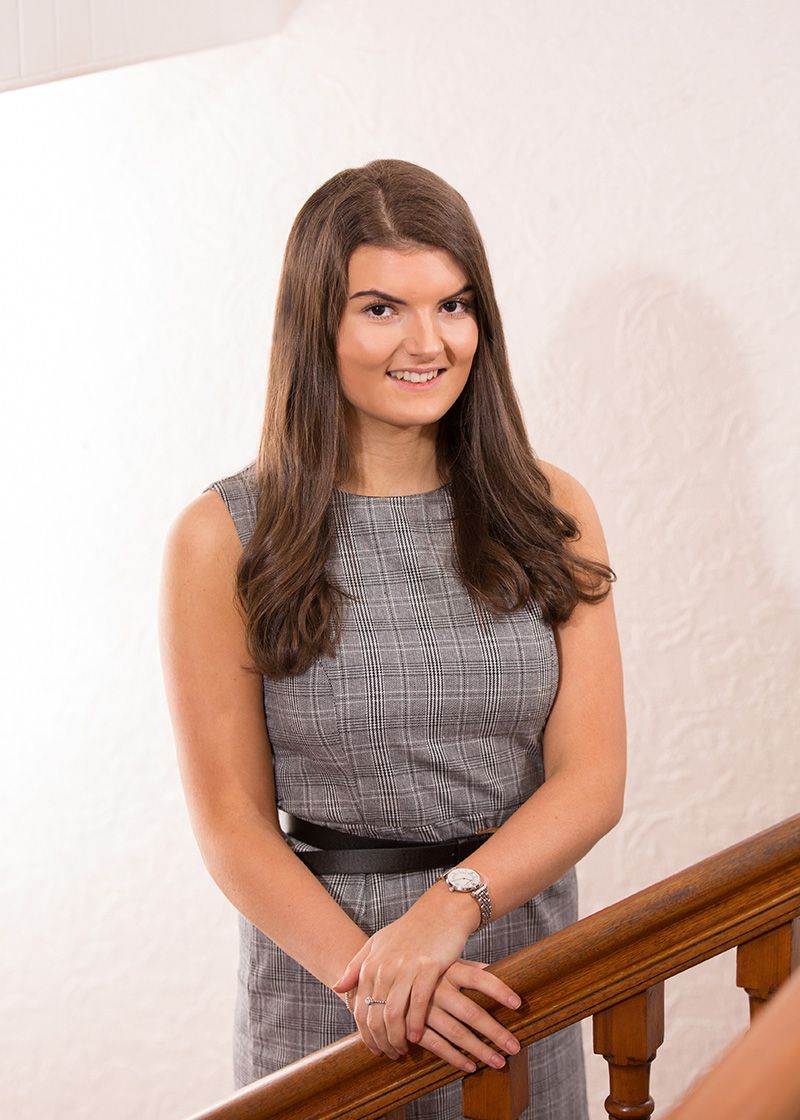 Brought up in Alness, Amy attended Obsdale Primary School and Alness Academy. In her final year of secondary school, she was awarded with the David Mackay Memorial Trophy for contribution to music and excellence in the subject over the years.

She studied Law at the Robert Gordon University in Aberdeen for two years where she was class president, but ultimately decided to undertake a paralegal apprenticeship through Middleton Ross instead, returning home to the Highlands.

Her interests outside of work include spending time with family and friends, reading, politics, and music. 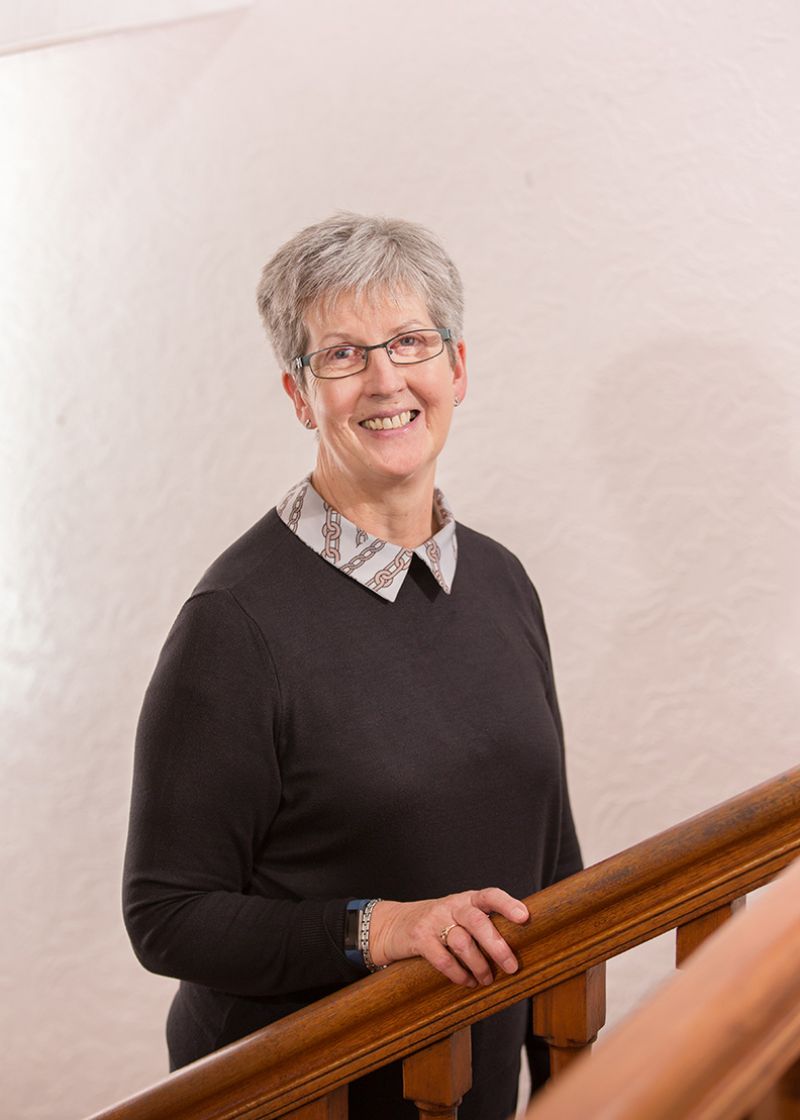 Sandra started at Middleton Ross in 2004 as a part-time receptionist and has progressed to Cashroom Assistant, dealing with the day-to-day running of the Cashroom.

In her spare time she enjoys playing golf and walking. 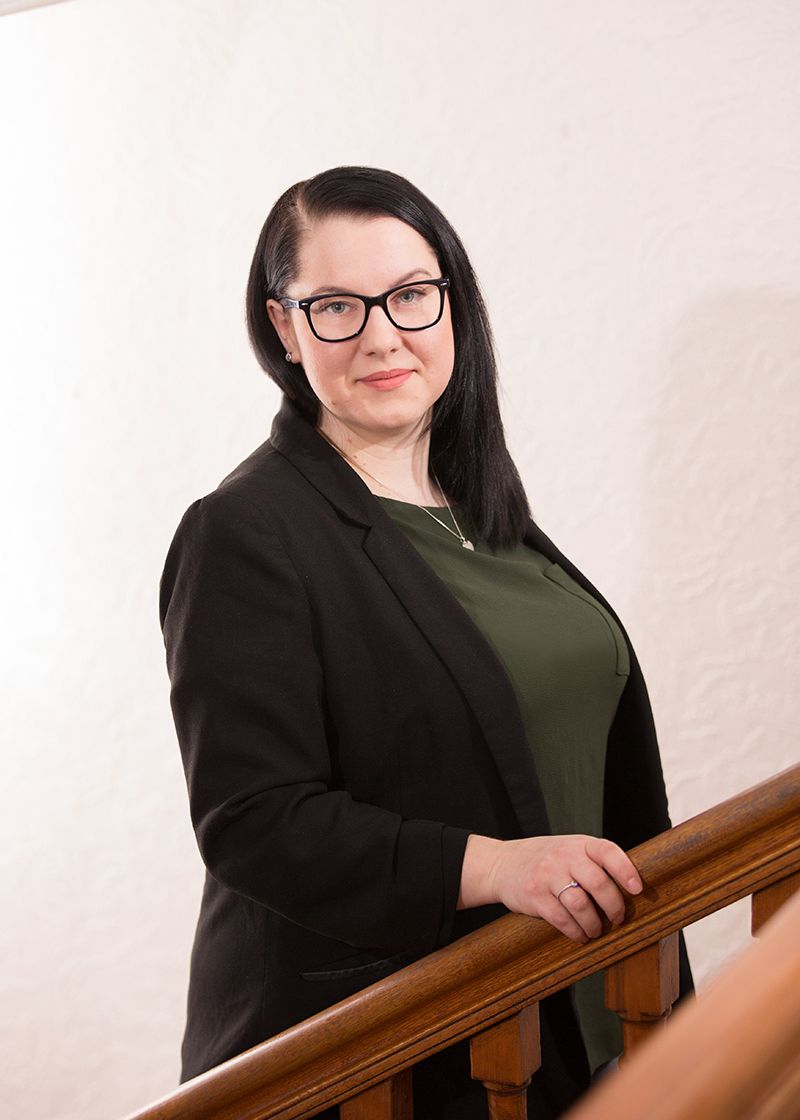 Born, raised and educated in Poland, she studied logistics management at University of Bialystok in Poland.

Magda came to Scotland in 2012 to begin her working career. Magda has been a housekeeper, quality controller, logistic administrator, before joining us as a receptionist and Trainee Cashroom Assistant.

In her free time Magda loves spending time with friends and family, visiting different parts of Scotland.  The Isle of Skye is her favourite place to visit every year. 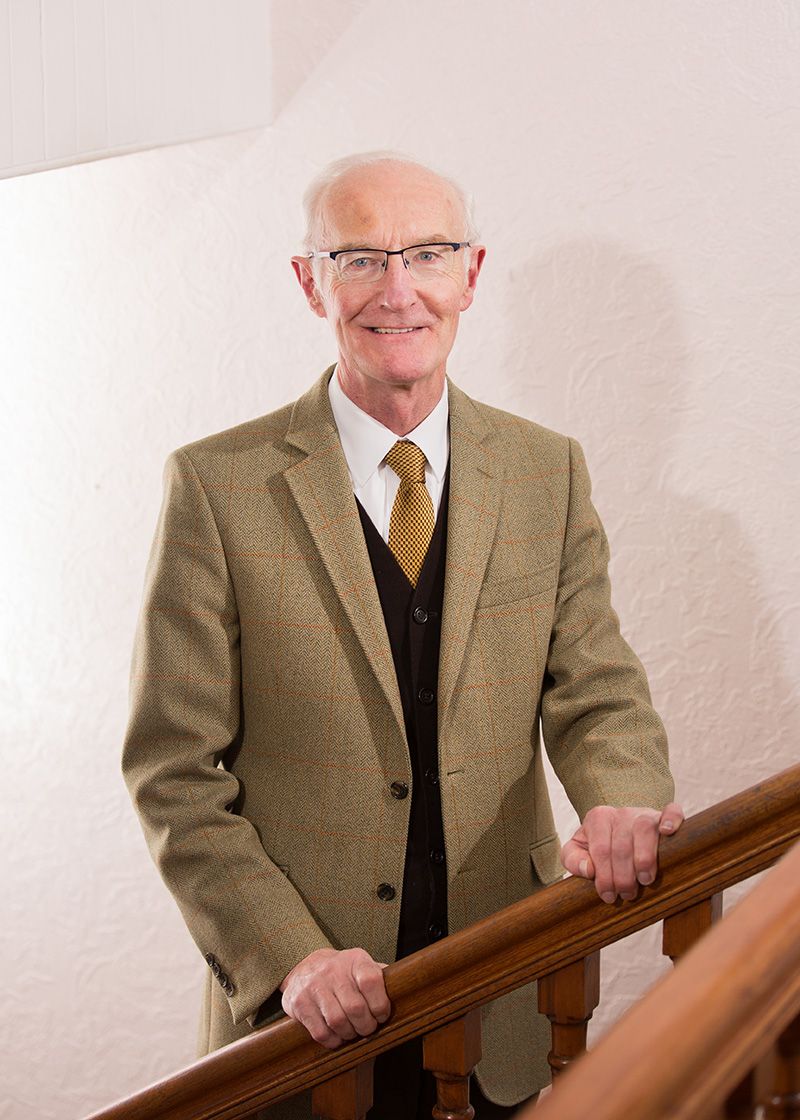 George Muirden was born in Dingwall and attended Invergordon Academy and Aberdeen University and on graduating wanted to return home to pursue a career. He joined the firm in 1971 as an apprentice and became a partner in 1976. He was Managing Partner for most of that time and undertook a wide variety of work, specialising in more recent years in Wills and Executry estates. He retired in 2019 but the firm is pleased to be able still to consult his memory banks.

Receive all the latest news direct to your inbox.